"They thought I was a terrorist."

A Manhattan face-painter and balloon-animal maker Alexander "Sasha" Alhovsky was riding his bike on a playground when he was tackled and shoved two guns were put to his head. This wasn't a misanthropic mugging of one who would make merry in New York.

It was a bust and Alhovsky found himself in jail for more than four hours because of a case of mistaken identity.

Let's go back a week to the previous Sunday. Alhovsky was in a Starbucks on 66th and First Avenue when he left behind on of the tools of his joy-making trade - a balloon pump.

What would you think? 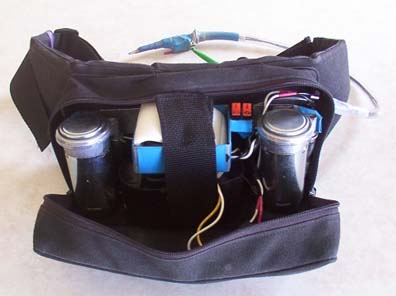 The Starbucks employee took one look at the item and called the police. Apparently he thought the odd device was a bomb.

Four days later, as he cycled home from Central Park after a successful day clowning around outside the zoo entrance, which he's done for fifteen years, eight cops allegedly jumped on him from behind.

"There was a gun in my face and another on the back of my neck," he said. "They were screaming, 'Get off your fucking bike, you fuck . . . They were dragging me around."

At the 19th Precinct station house, a plainclothes officer came into the interrogation room with a photo of the $850 electric air pump Alhovsky had purchased online.

"I told them what I did for a living and that it was just a pump," Alhovsky said and was released.

He wants an apology from cops.

He won't get one.

"It appears the officers took prudent steps to handle what may have been a dangerous situation," Police Chief Michael Collins said in a written statement.
Posted by Jen Jordan at 11:14 PM