New in the I Don't Even Bat an Eyelash After Saying Huh Department: 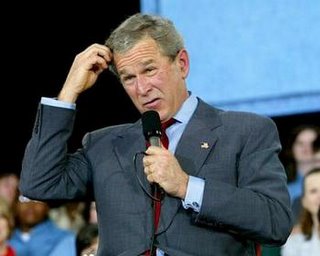 This administration has borrowed more from foreign nations and banks than the previous 42 Presidents combined.

"Spanning the first 224 years (1776-2000) of the nation’s history, 42 U.S. presidents borrowed a combined $1.01 trillion from foreign governments and financial institutions according to the U.S. Treasury Department. In the past four years alone (2001-2005), the Bush Administration has borrowed a staggering $1.05 trillion."
Posted by Jen Jordan at 5:32 PM

Now I really want to move to Canada.

Except then I'd be asked to bail out America.

Spend it like you stole it I always say