I dug up this little gem from the Guardian. Ian Rankin and Anthony Bourdain, two snarky, dry and convivial yappers extraordinaire, we're called upon for a tête-à-tête at Deansgate in October 2002. I've served you a few slices of their verbal feast:

Ian Rankin: Tony and I have a special relationship, which is based around a love of alcohol and dangerous foods. Living in Scotland, you can't help but like dangerous foods.

IR: And the deepfried haggis. I introduced you to that. And the curried rib.

R: No, it was a cut up burger-y thing. There was no rib in it. But the last time we met was in your local in New York, which is a world away from the Oxford Bar, which is where we met before.

AB: The Siberia Bar. It's a fairly squalid hellhole with no sign but it's actually a really comfortable place.

AB: Somebody noticed that I obliquely referred to the actual bar, I did the best I could to not identify either the bar or the person who brought me there. I didn't want to see any American tourists there. The first time I went there I thought, "I want to die here, with a pint glass in my hand."

IR: Unfortunately the Rebus walking tour always ends up at the Oxford Bar. There is an official walking tour of Edinburgh, they take you to all the murder scenes. The man who runs it says you can go in if you want, but I'm not actually going to take you in as a group because Harry the barman is the rudest barman in Scotland. He would immediately eject any of them he didn't like the look of. The reason I go in there is because it takes you straight back down to earth again. I walk in there and Harry says, "When are you going to get a proper fucking job?" I say, "I'm 42 years old, I quite like what I'm doing." I get the feeling that if my parents were alive, that's how they would feel.

AB: All my cooks definitely feel that way. I've brought disgrace to my profession by writing. I feel that way sometimes.

IR: You're never going to do one of those chef books are you, where it's just all recipes?

AB: Yeah, I'm going to be doing the Jamie Oliver Christmas special, sitting in a hot tub together, long massages and Santa hats... No I don't think so.

IR: I don't think Jamie does that. Have you ever come across Nigella Lawson... so to speak?

AB: I didn't like the whole idea of Nigella Lawson. Everyone thought she was cute, I didn't like the provocative nibbling of an asparagus thing. Is she a chef? I don't like stand-up cooking shows in general. I hated the whole idea of her. Someone said to me, come out to dinner with me and Nigella. I ended up sitting at a table with her, we were all talking about shock food, trying to gross each other out. I mentioned I'd eaten a live beating cobra heart in Vietnam, drank its blood and bile, I thought that was pretty good. The other guy was talking about eating big bugs in the Sahara. I looked over at Nigella and she was really into this passionate discussion we were having, so I'm liking her already. Then she said, "I was in the south-west of France and they ordered a pig for me, a roasted, crispy foetus, it was delicious." I thought now that is hardcore. I thought that was really cool, so actually became a fan.

AB: Do you believe in amateur sleuths?

IR: I think it's much harder to believe than used to be the case. English writers started to write about amateur detectives for the same reasons Americans started using private eyes... because you don't have to know how the police work. You don't have to know any of the procedural stuff, or the forensic, you have someone outside the normal criteria.

AB: If I've just killed my wife and buried her somewhere, and Miss Marple turns up, I'm not telling her shit.

IR: I don't want to diss the traditional English crime novel, they just annoy me. I tried reading Agatha Christie, but it didn't say anything about the world I lived in. I was always desperately wanting to find books that did. I started writing contemporary books about Edinburgh because nobody else was doing it. I didn't know why no one else was writing about it. Now we have the opposite problem, every fucker is writing about it. There are more crime writers there than criminals. I want some seriously older people to come along and write some crime fiction. I'm sick of being called the grand old man of Scottish crime writing.

AB: When violence occurs in books, it hurts, it looks painful and it has consequences. Does a crime writer have any kind of responsibility to show consequences of violence?

IR: The consequences are more interesting, it's the same with murder, the effect that a murder has on a community is much more interesting than the crime itself. It's the aftermath that interests me.

AB: Have you ever thought of a really cool way of killing someone and just done it for that reason alone?

IR: Yes, I went on an underground tour of Edinburgh, I gave this guy 20 quid and he took me down to an underground city. There was this vaulted room with hooks hanging down, as soon as I saw it I thought - next book, someone's hanging from there

AB: For my first book, the editor said, we have a problem, all the major characters make it through alive, you've got to kill at least one of them or at least wing one. I work in a kitchen, I thought of the most painful, horrible thing you could do to a person with one of those rotary meat slicers... I read that scene now and I hurt reading it.

IR: It's funny that when you start off you will do anything you are told. My agent once said to me the reason your books don't sell as well in America as they do in Britain is because the murder doesn't happen till page 60, 70, 80, or 90. We need the killing on page one. I did that for a while but then decided I didn't like it. What I do like is open endings, so all the loose ends aren't necessarily tied up. Real life isn't like that. In the States I had to add another chapter at the end of the book to explain what happened to the characters.

AB: The opposite of the director's cut?

IR: So and so went off and opened up a tanning butter factory.

IR: A mystery solving chef is not a bad idea... Writers, when they get together, never talk about writing, because when we do we start nicking each other's ideas. At the Edinburgh festival, I was asked, "What's your next book about, have you started it yet?" I said, "Yes, I'm 40 pages in. It's about a shooting in a posh private school just outside Edinburgh. Two 17-year-old Goths are shot down by an ex-army guy." Everyone thought it sounded quite interesting. The next day in the newspaper: "Rankin to write Dunblane novel". It must have been a quiet day, he'd actually phoned up some of the victims' families. So, you have to be very careful what you say in front of an audience, people get the wrong idea. 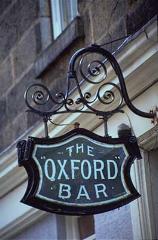 Photo from A Sense of Belonging
Posted by Jen Jordan at 5:29 PM

How the hell do you comment to that and not sound like you are deperately trying to be funny, and yet knowing you can't be as funny?

We need matrial posted thatr sparks our imagination and lets us post witty comments or at least take pot shots at Bryon and John.

Bryon and John, those guys are such asses. I hope somebody finally posts something that just kicks the living...wait a minute here...