Got a feel for my automobile...

An afternoon of my usual habit (i.e. inveterate digging) supplied me with the following bit of cuteness from the Irish Times:
My First Car
JOHN CONNOLLY, Writer.

What was your first car? A Volkswagen Golf. I bought it because it was cheap.

What did you know about cars when you bought it? About as much as I do now: if something goes wrong, you take it to the garage and a man fixes it.

What advice did you get when you were looking for a car? It was my friend's brother's old car, so the advice I got was "Buy my brother's car. It just needs an engine." It didn't have an engine at the time. I got one from a scrapyard.

What impact did running a car have on your pocket? I took out a bank loan and paid it off over about six months. The impact wasn't huge, to be honest.

Was it hard to get insurance? It wasn't easy, but eventually I found an insurer who was quite happy to screw me to the wall for being under 30.

How reliable was the car? Well, it didn't have a choke, which meant that it conked out if I stopped at traffic lights. Once I got a choke put in, it was actually very reliable indeed until water started to leak into it, fogging up the windows and making it smell a bit odd. Then the heating gave out, and a rather alarming mould grew on the dashboard and steering wheel. Oh, and there was an orange fungus on the inside of the doors. It was a little ecosystem by the end.

How did it change your life? I didn't have to ask to borrow it. That was about it. Mind you, I was very fond of it. I was kind of sorry to let it go.

The longest trip you ever took in it? I followed one of the presidential candidates around the west of Ireland for a day in the car, and drove down to Kerry a couple of times. I was never worried.

The best memory? I never had sex in it, if that's what you're asking. In fact, it was so damp you'd probably have caught a cold if you even took your coat off. I'm not sure that I had a memorable moment as such . . .

. . . and your worst memory? The rear window got broken one St Stephen's night when I was on my way to visit my then girlfriend. The evening went downhill from there.

How long did you keep it ? About three years. I decided to get rid of it when I found that my trousers got damp if I sat in it for more than 10 minutes.

Did you make anything on the sale? Actually, I gave it back to the brother of the guy who sold it to me to begin with. It's still running - a neighbour is driving it. 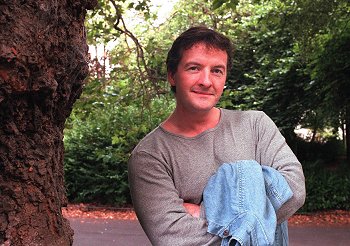 Ah, I remember when this was first printed a couple of years ago. Funny stuff. Glad to see it's becoming a meme.

OK, Jen, I'm out from behind the feather fan. I don't know how decent I am. You can be the judge.

I hope you don't mind that I used the "first car" questionnaire...

Was it new or secondhand?
pretty used

Did you know how to drive at the time?
I had been driving years

What did you know about cars when you bought it?
Quite a lot actually, and I learned more because of a failed emmissions test

What advice did you get when you were looking for a car?
Don't get screwed

What impact did running a car have on your pocket?
Not a whole lot. A couple less drinks a week. And in the volume I delat with I never noticed.

Was it hard to get insurance?
It was hard paying it because I hate Insurance companies. I've never made a claim on car insurance in over 15, I consider all that oney wasted and blackmail.

How reliable was the car?
The first year was great. After that it became an adventure. In theend it only went to the grocery and the video stores.


How did it change your life?
I will never be able to be without out a vehicle now. I love gpong whereever I want when I want.

The longest trip you ever took in it?
90 miles south to Chicago, in the pouring rain, really drunk driving really fast.


The best memory?
getting my one and only drunk driving ticket. It changed my life.

. . . and your worst memory?
the car not starting after drinking all night and having to push it for one mile back home.

How long did you keep it
8 years, about 6 too many.

Did you make anything on the sale?
nope. Just glad I didn't have to pay to scrap it.